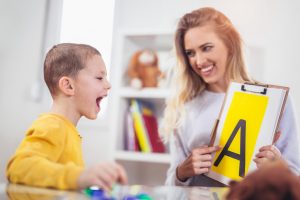 Can you believe research has estimated that about half of all children and teens with Autism Spectrum Disorder (ASD) could also be diagnosed with an anxiety disorder? Due to this, new research has been completed on evaluating the effectiveness of cognitive therapy in our schools. The research team gathered participants with high reports of anxiety from teachers, parents, and self-reports. Half the participants completed six sessions of Exploring Emotions Cognitive Behavioral Therapy (CBT) intervention and the other half served as a control group. The intervention was designed to be very structured and teach the participants multiple strategies to deal with high anxiety levels.

The intervention greatly improved anxiety and stress in the experimental group in all areas. Anxiety symptoms dropped significantly in teacher, parent, and self reports even after the sessions were over. Participants who completed the Exploring Emotions CBT intervention also had significantly fewer teacher reports of social worries. Social responsiveness scores improved, but were not found to be significant. The experimental group’s attention control drastically improved compared to the control group. This research shows that Exploring Emotions CBT intervention is a viable technique to use in schools and is able to combat against rising levels of anxiety in kids with ASD. With wide spread use and better utilization of this intervention technique it can be used to help kids with ASD across the United States.