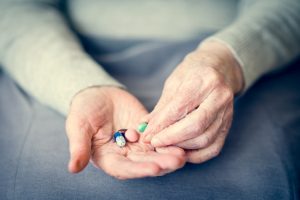 The researchers in this study, who were just looking to analyze biochemical responses in Alzheimer’s disease patients, were shocked to find that the xanthophyll carotenoids and fish oil were able to maintain function and quality of life in the participants. In group two, about half of the participants improved in either sight, memory, functioning, or manageability! Many participants from group two were able to drop from a moderate case of Alzheimer’s disease to mild, while many group one participants moved from mild to moderate, or moderate to severe. This study shows promise that this combination of nutritional supplements is able to combat against Alzheimer’s symptoms and increase functionality!