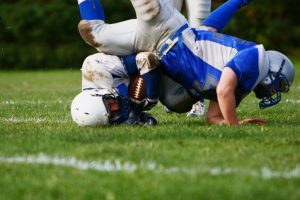 As high school football season ramps up, parents and professionals are increasingly pressing for research on treatment of mild traumatic brain injuries. Over the past several years science has revealed the devastating dangers of repeated blows to the head and/or multiple concussions in children and young adults. Media coverage of past NFL players has brought the issue to public awareness, and many who once cheered in the stands of local or professional football games are rethinking the support of an athletic event with such potential for human harm. 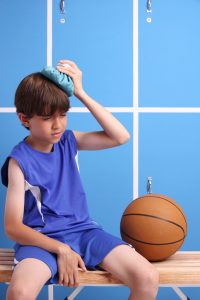 Obviously, football isn’t the only sport of concern: concussion and mild traumatic brain injury can be the result of falls and impacts from a multitude of sports including soccer, baseball, hockey, basketball, rugby, and more. Yes, far too many sports create a pattern of repetitive impact to the body and brain, with short and long-term repercussions that many parents are unaware of. In September of 2017, Nature published a scathing editorial regarding the need for sports-related head injury to be given greater gravity. “Sports organizations are only starting to understand the harm that can be inflicted by high-contact activities. Science must play its part in highlighting the problem and in aiding diagnosis.” And now a year later, we are finally seeing an emergence of just such attention to the matter. 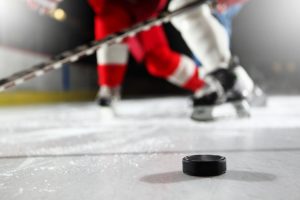 The September 2018 issue of JAMA Neurology includes a research article with significant statistical confirmation of later dementia onset for military veterans who suffered mild traumatic brain injury, whether the injury was severe enough to lose consciousness or not. In other words, traumatic impact to the brain can lead to dementia, even if the injury seemed like “no big deal” and the patient never lost consciousness. In fact, Frontiers in Neuroscience recently reported on a study with ice-hockey athletes who had suffered concussion or mild traumatic brain injury. Researchers examined the athlete’s brains via magnetic resonance imaging and concluded that the injured players still showed signs of myelin sheath decompaction up to two months post-impact, long after being cleared for resuming competitive play. 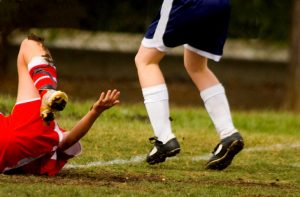 For parents of young athletes, these emerging research studies can be very disturbing. It sounds like scientists are telling us that even if our daughter didn’t pass out from that violent impact on the soccer field, she could be suffering debilitating damage with long-term consequences. A group of researchers with Boston University examined the post-mortem brains from eight teenage athletes who had suffered mild head injury within 4 months of death. “These results indicate that closed-head impact injuries, independent of concussive signs, can induce traumatic brain injury as well as early pathologies and functional sequelae associated with chronic traumatic encephalopathy.” As a parent, this scientific jargon translates to the simple reality that even minor head impact during sports activities can have devastating effects for my teen. 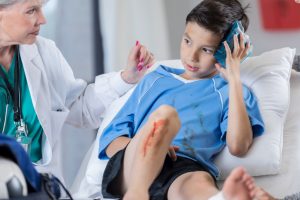 So, what if it’s too late, and my soccer-playing kiddo has already suffered several head-injury episodes? Is she destined for chronic traumatic encephalopathy and early-onset dementia? Thankfully new research is also pointing to practical and reliable methods for treatment of traumatic brain injury. A study published in Frontiers in Psychology described the positive outcomes following 80 hours of cognitive training for eleven military soldiers with prior brain injury. The Journal of Head Trauma Rehabilitation reported that cognitive intervention such as a problem-solving task increased patient heartrate and pre-frontal cortex activity, thus improving onset of trauma healing, in as few as four days following head injury. This is just the kind of hope we are looking for: yes, there are things we can do to help our athlete-kids recover from brain injury! 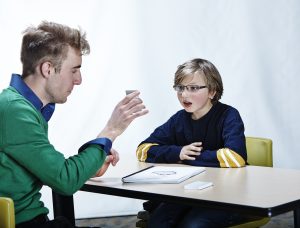 Former NFL football star Ben Utecht is paving the way of hope for both kids and adults who have suffered multiple head injuries. In his interview with The Guardian this week, Utecht raves about his new lease on life, after struggling for many years with the neural deficits associated with chronic traumatic encephalopathy. He credits his improved memory, focus, and overall brain processing to the innovative one-on-one cognitive training he received from LearningRx. A happenstance meeting with LearningRx franchise owner Rich Frieder led to Utecht undertaking 90-minute brain training sessions, four days per week for several months. The outcome? “I’m doing better cognitively, I think, than I’ve ever been in my life,” Utecht claims in the The Guardian interview.

In this compelling article, Ben Utecht shares passionately about his convictions on brain-training intervention to treat sports-related head injury:

“I think in athletics, this should be a part of every high school program, every college program,” Utecht says. “Our brains are a part, if not the most important part, for us as elite athletes. Why not make brains as elite as they could possibly function? 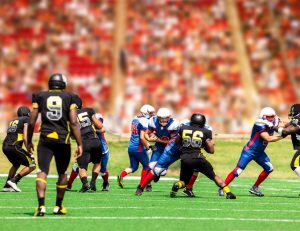 “It’s definitely something that needs to be more available for veteran players who are struggling. I do believe that, in many cases like my own, you’d see not only cognitive change, but you will see cognitive healing to help the behavioral issues that we talk about. I also believe this type of product is something the [players’] union and the NFL would agree on.

“From the NFL’s perspective, how do we keep players on the field and how do we get them back on the field faster or keep them on the field longer? I believe this type of cognitive training program can do that. I think from the players’ perspective, it could be very beneficial too, because there’s nothing negative about sitting down with a personal trainer for the brain and honing all the cognitive things that you use in game situations. I think, hopefully, as we learn more about the brain in the last five or 10 years, and maybe this type of program grows and hopefully, it’s something we see more available.”

From the shining days of football stardom to the shining days of total cognitive recovery, Ben Utecht is a bright light of hope for football fans, athletes, and even parents of soccer-playing high-schoolers. This practical and attainable concussion-recover treatment with LearningRx is just the kind of inspiration and hope we’ve been looking for!