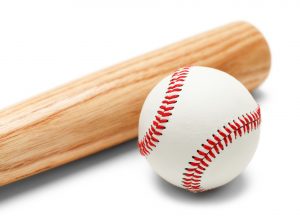 This morning there was a beautiful sunrise here in Colorado, we even stopped the car on the way to school to take a picture. This afternoon Kip played baseball, he went 3 for 4 hitting with 4 RBIs, an idyllic end to the day, but it wasn’t always this way.

It was our seventh time visiting Kip’s school to talk about his impulsive behavior and poor grades when we realized how serious our son’s situation had become. Our hopes for Kip living a life where he could support himself and leave a positive stamp on the world were fading and the possibility of jail in his future seemed likely. He was making bad decisions that were affecting other people and it seemed just a matter of time before we got another call.

So, we pulled him out of school and knew we had to make drastic changes to help our son.

DESPERATE FOR A CHANGE

My husband talked about military school or sending him away, because Kip’s behavior was also making every night miserable. We have three other children and Kip would regularly intimidate and bully them which led to a lot of arguing and yelling. I asked my husband for 6 months so that we could find a solution that would still keep Kip in our lives. After much discussion, we decided to put all our hope in a brain training research study. It was our last resort, the end of the line to try and keep our family together.

“It was our last resort, the end of the line to try and keep our family together.”

A LEGACY OF HOPE

I work for LearningRx. In fact, my father created the intervention and I’ve worked with him for more than two decades. Although I’ve trained hundreds of people over the years, I never thought I would need the program so desperately for my own child. LearningRx focuses on training cognitive skills, and from experience I knew that didn’t always mean it would change a student’s behavior, but that was still our greatest hope.
Kip had been diagnosed with ADHD which qualified him to be part of a study being conducted at our research institute on cognitive training for ADHD and traumatic brain injury.

His neuropsychological test results showed that his cognitive skills were largely above average with an average IQ, but his MRI scan showed evidence of brain injury. We knew he had a history of sports-related mild concussions but we had not considered the possibility of damage to his brain! I knew then that this study was the best place for him. 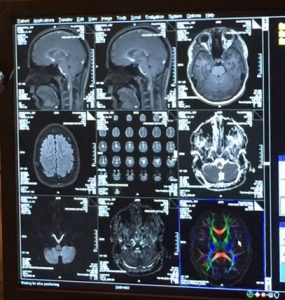 “He had a history of sports-related mild concussions but we had not considered the possibility of damage to his brain!”

Kip worked with a brain trainer for 60 hours over the next 6 months. He attended training sessions three days a week while also completing his required homeschool lessons. He had a great attitude and worked very hard through the different mental activities. Life change doesn’t usually happen right away, and in his case it took almost two months before we really saw a difference. But we did start to see some very exciting changes in Kip’s life and our evenings as a family started to get better.

The first thing we noticed was Kip wasn’t arguing as much with those around him, he started listening a little more before acting out, and for the first time he started to care about what others thought. He was able to focus for longer periods of time and started getting better grades in his homeschool curriculum. And then about three months through his training he changed his life goals, he decided he could make it in college.

It’s always amazing to me what a little confidence can do for someone, and Kip mentioned that things were easier for him, which made him believe he could do more with his life, it was an amazing transformation. By the end of his training, Kip had made a lot of positive changes, our family nights began to get better. Kip enrolled at a college prep school, participating in sports, and building new friendships.

My troubled teen had done a complete turnaround and we no longer have the same fears, our son might actually make it. I know that there are many factors to creating this type of turnaround, including counseling and the homeschooling we did with him, but I do not believe he would be where he is today without the life changing brain training intervention programs from LearningRx. Kip’s post-training test results showed significant changes, too. In fact, he no longer meets the criteria for being diagnosed with ADHD. Pretty amazing!

“He no longer meets the criteria for being diagnosed with ADHD!” 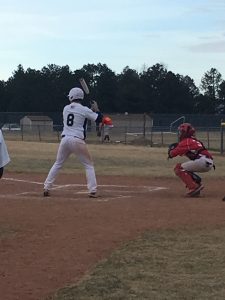 Here’s a shout-out to my son Kip. Kip, we love you so much and are so proud of the man you have become and the man we all know you will turn out to be. And thank you to my dad, Dr. Ken Gibson, for creating such a powerful program that I am so proud to be a part of. His training has changed over 100,000 lives all around the world, and I am excited to continue the great work of transforming lives for a living.

About the Author
Ms. Mitchell is the Chief Research & Development Officer at LearningRx and the daughter of the founder, Dr. Ken Gibson. She is a master brain trainer and has devoted more than two decades to championing the brain training field. [email protected]

To find out more about the brain training program that changed Kip’s life, visit www.LearningRx.com or call 1-866-BRAIN-01