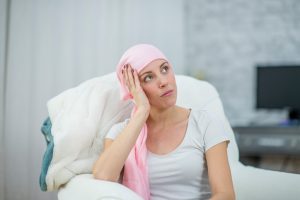 There is a substantially large portion of cancer survivors who have to endure with cognitive impairments after going through chemotherapy. This cognitive impairment due to chemotherapy is called chemo fog and can increase symptoms of anxiety and depression and reduce their quality of life. These survivors have suffered enough, which is why a research team evaluated the effectiveness of a cognitive rehabilitation program for people with chemo fog. A computer program designed to improve cognitive functioning called Insight was used with participants to evaluate cognitive skills over a 15-week period. All participants in the study had underwent chemotherapy in the past 6 to 60 months. The participants were divided into two groups, one that would receive the Insight brain training and one group that would receive their usual care. The participants were all assessed at the beginning of the study, 15 weeks later, and 6 months after treatment.