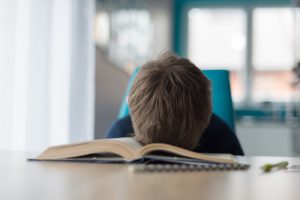 This time last year Matthew had a frown on his face. Another school year was looming; in just days he would once again face the agonizing frustrations of the classroom and his struggle to comprehend what was taught. His self-confidence had slowly eroded over the past couple of years, as he grappled with countless, fruitless hours of studying and homework…and ever-plummeting grades to show for it. Every evening ended with the same arguments about his lagging efforts with homework, until he became apathetic about the whole business. He no longer cared about his grades, and figured, ‘why bother?’ when nothing seemed to make a difference.

His mom was desperate and broken-hearted, as she watched her once-cheerful son become pessimistic, frustrated, and angry. So she enrolled him in one-on-one cognitive training with LearningRx. It was a financial sacrifice, but how could she put a price on her son’s wellbeing? She feared that without strong intervention her sweet Matt would eventually become a belligerent high-school dropout. At the beginning of training his mom had to practically drag him to each session; he was negative and argumentative. But over time, an incredible transformation began to unfold. Cameron, the assistant director of the LearningRx Red Bank center, tells the story:

It would be an understatement to say that Matt was not enthusiastic about beginning training. He brought a negative attitude with him to his first few sessions, and arguments with his trainer, Joe, were frequent. However, as Joe and Matt began to build a rapport, and ultimately a friendship, that negativity slowly gave way to a determination to succeed. As Matt began to pass levels, self-confidence started to creep in. Joe made it clear that he would not give up on Matt and challenged him to see that it was really his own effort that was the catalyst, not Joe’s. He started to push harder and harder, acquiring a new sense of self-determination and pushing himself and set higher and higher goals. In short, he began to realize his own potential. 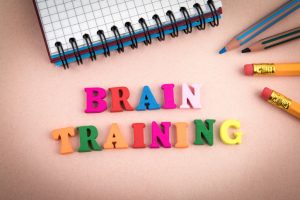 As Matt continued into the Math program, he was challenged to push harder academically and mentally than he ever had before. His old pattern of doubting his capabilities began to emerge again, and he was tempted to give up, even with his accomplishments in the ThinkRx program. However, he persevered even through the most difficult procedures and conquered his fear of failure. By the end of training, his math skills had improved immensely. He had also become aware of his own counterproductive mental habits and came into his sessions filled to the brim with positivity. He went from hating training to loving it and hardly being able to wait to come back. He formed strong relationships with everyone at the center and frequently stayed past his session times just to spend more time with some of his favorite staff.

This attitude carried over into school, home, and sports as well. He cares deeply about his grades now and has improved his behavior in class immensely; one of his teachers even nominated him for student of the month for perseverance, saying that he was unable to control his behaviors in the beginning of the school year, but is now focused and ready to learn. He began the school year receiving mostly C’s in his classes; now he has started to get high A’s on his math tests, along with great improvements in his other subjects. His mother told us that he is a better version of himself now and that she couldn’t believe his renewed self-esteem.

It was this story of perseverance and determined accomplishment that brought about a coveted award for Matt. In July 2018, Matthew was selected as the LearningRx Student of The Year!

As Matt heads into the start of another school year, his back-to-school frown has turned upside-down. He will be strolling through those classroom doors with a smiling new confidence, commitment to work hard, and determination to achieve. What an inspiration!

How To Motivate Exercise In the New Year? Morbid Thoughts To The Rescue!