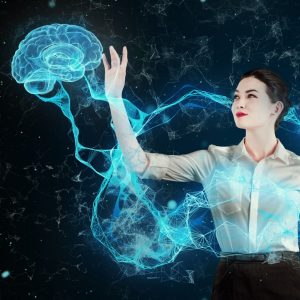 As a woman I often envy the speedy metabolism of my husband and sons. It seems they can devour half a cheesecake with little consequence, while my overindulgence appears to go right to my hips.

Researchers with the Washington University School of Medicine analyzed brain scans (PET) of 200 adults of varying ages. Findings revealed new information about the apparent youthfulness of the female brain. According to brain metabolism, the women’s brains were approximately three years younger than their age-matched male counterparts.

These results provide compelling insight regarding the oft-found phenomenon of greater female retention of cognitive function into older years. It would appear that the maintenance of cognitive prowess as women age is correlated with brain metabolism and the younger PET scan appearance of the female brain.

It’s a good day to be a woman!

How To Motivate Exercise In the New Year? Morbid Thoughts To The Rescue!