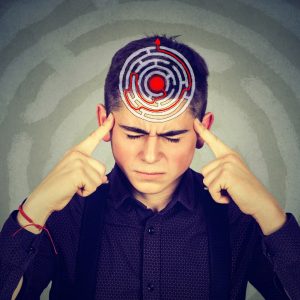 The young man sat in front of his counselor and recounted the disturbing and obscure image that had been haunting him: a tricycle with front wheel spinning crookedly toward the sky, as blood seeped from beneath a mud-encrusted truck tire.

“What then? Close your eyes and try to envision what happens next,” the therapist would encourage.

Yet patient and therapist made little progress uncovering the meaning or memory behind the vision. That is until the practitioner learned about the new understanding of backwards memory recall. In other words, memory recall may work in a reverse linear order starting with object perception that leads to further clarity of prior events.

Researchers from the University of Birmingham explored the neural information flow of memory recall, which is described in a fascinating new study. Published in Nature Communications, the science described an intriguing reversal of memory which can begin with the simple trigger of seeing a familiar object and lead to a backwards unraveling of past recollections. While not specifically addressed in the study, this concept could offer hope for those ‘stuck’ with repressed memories or haunting images.

Once the young man began to focus on what happened before the tricycle image, memories began to flood back. A call to his mother confirmed the strange recollection he had conjured from almost twenty years ago. While only 18-months old at the time, he had witnessed a neighbor child struck and severely injured by a truck while pedaling a tricycle across the road. Certainly traumatic to recall, yet the young man finally moved on with understanding and closure once he was able to trace the memory backwards in time. Powerful hope for therapists and patients alike!