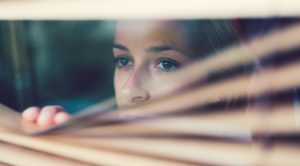 Looking for an alternative way to reduce rumination thoughts and depressive symptoms? MAP (Mental and Physical) training may be very beneficial! Researchers collected data on the mental and physical benefits of MAP training, specifically on participants’ rumination and depression symptoms. The participants were divided into two groups, one group with participants who were diagnosed with major depressive disorder and one group with mentally healthy participants to serve as a comparison group. MAP training includes 30 minutes of focused attention meditation and 30 minutes of moderate-intensity exercise twice a week for 8 weeks. The meditation involved sitting with an emphasis on focused breathing and slow walking while focused on each step. The participants used either treadmills or cycles for exercise.

Both groups of participants achieved significantly lower depression scores after the MAP training, but the decrease in depressed participants was far greater. Both groups of participants also had lowered scores in the ruminating thought patterns assessment. MAP training also was able to influence participants to continue exercising after the study, but did not significantly change fitness levels during the study. Depression is correlated to a decrease in the creation of new neurons, but neurogenesis was also improved during this study. Its been researched in the past that meditation or exercise can be beneficial to people with depression, but the combination of both were effective in increasing cognitive control and decreasing ruminating thoughts!