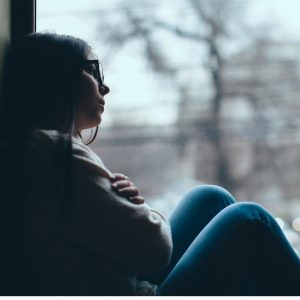 It’s that time of year again…shorter days, longer nights, and far fewer opportunities to soak up the sunshine. While we might love the coziness of a winter day indoors, many people suffer from such lack of sun exposure and develop symptoms of fatigue, anxiety, and depression. Seasonal Affective Disorder (SAD) impacts more women than men, and with increased severity of symptoms.

The October issue of European Neuropsychopharmacology includes a fascinating scientific research article on SAD and the neural mechanisms for these bothersome cyclical symptoms. Research shows correlates between inactivity in the winter and decreased levels of serotonin uptake which translates into dysregulated emotions and negative psychological perspectives. But why are some people affected by this seasonal disorder and others not? Scientists investigated this phenomenon and discovered that individuals who withstand the seasonal and subsequent psychological decline have an ability to down-regulate the resulting serotonin changes. In other words, those with an innate ability to neurologically adjust serotonin uptake according to seasonal changes are unaffected by SAD.

For those of us without such a natural neurological gift…are there ways to mitigate symptoms? It’s no surprise that a healthy diet, consistent adequate sleep, and regular exercise are the best combatants for fatigue, anxiety, and depression. Until science offers us a way to mimic the serotonin-adjusting neurophysiology of those happy winter-goers, we will keep our faces to the sunshine and fight our way through SAD till Spring!